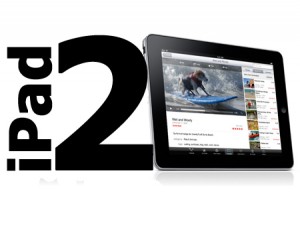 Apple is facing major supply issues with the new iPad 2, with some customers having to wait 4 to 5 weeks for delivery. Apple has had shortage issues in the past with the second generation iPhone 3G for more than a month and up to 3 weeks on the Iphone 4 according to reports from NPD Group.

According to Stephen Baker, an analyst with retail research firm NPD Group, compared the shortage to the iPhone 3G situation. Most customers would rather hold out for the second generation of the product after the flaws have been resolved on the first generation as was the case with the first iPhone.

According to Brian Marshall of Gleacher & Co., the shortage is due to the “tremendous demand” for the Ipad 2. Rhoda Alexander, an analyst at IHS iSuppli, agreed with Marshall and added the disaster in Japan is not effecting delivery of the iPad 2. Alexander also anticipated these issues when they heard only 100 iPads would be available in each store.

Marshall also finds it interesting that Apple has not released sales figures on the iPad 2 since launch. Typically Apple likes to show those numbers off, such as it did after launch last year when 300,000 were sold on the first day of sales.

According to Reuters, the launch of the iPad 2 will be postponed in Japan while the country focuses on recovering from the recent disaster.

Did Apple announce the iPad 2 too early because of the XOOM announcement? Is this why they are having supply issues?

Tell us what you think about this situation