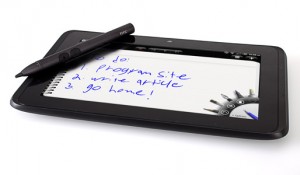 With this being the year of the Tablets, BET Awards went along with the trend. The presenters used the HTC Evo View 4G from Sprint to reveal the winners rather than the traditional envelopes of yesteryear.

BET worked its way into a major social media rampage leading up to Sunday night’s BET AWARDS 2011, with plans including on-air Twitter and Facebook integration, a “social media lounge” on premises hosted by Lala and a car giveaway for fans that use a secret hashtag, #BETAwards. Another “secret” hashtag was also introduced at the top of the show. 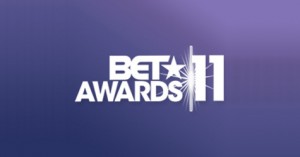 The first presenter to use the HTC Evo View 4G was Taraji P. Henson for the Male R&B Artist of the Year. Before she revealed the winner (Chris Brown), she messed around for a few minutes checking her Twitter page and made fun of a Twitpic that she had received. That was much more exciting than the regular fumbling with the envelope. Maybe other awards shows will start using tablets to reveal winners as well. Or will this just be another temporary movement? We think tablets are here to stay.

The 7-inch tablet is set to launch this weekend, and the BET Awards was the first place that the HTC Evo View 4G from Sprint was to be seen live in action. The show was broadcast live from the Shrine Auditorium in Los Angeles, CA, with Kevin Hart as the host this year. 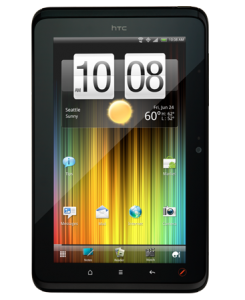 What do you think? Is this new high-tech method, the wave of the future for award presentations?
What are your thoughts on this use of the device and the novelty factor for entertainment value?
Are you planning on picking up an Evo View 4G for yourself anytime soon?
Is the HTC Sense UI and the Scribe technology of this tablet enough to set it apart in a crowded market?
*Note…Sprint is giving you the Scribe pen for free now with a 2 year contract.
(beats paying for it separately if you’re do for a renewal or are jumping ship to Sprint anyhow)