HP CEO Open to Licensing webOS to Other Companies. 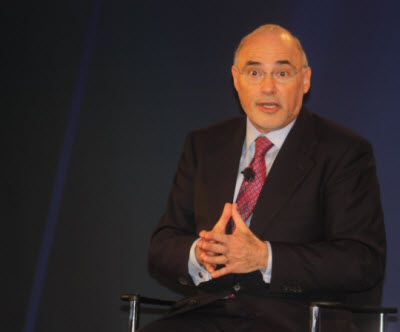 So we are here to spotlight the lower famed OS of the day…webOS. It seems to me that HP is doing a good job in trying to revise the OS for daily use. I mean they have already announced several new devices using webOS, and have taken it to the next level of installing it in their printers, and other devices. Rumor has it that by 2012 each HP computer you buy will dual boot webOS and Windows OS… With all that is great but now we hear a new thing that struck my fancy.

HP CEO Leo Apotheker said that he would entertain the thought of licensing webOS to other manufactures. Stating “It’s not correct to believe that it should only be on HP devices.” They used HTC as an example and Apotheker said that that’s a possibility that they’d “entertain”. Speaking at the Qualcomm Uplinq conference webOS head Jon Rubenstein also said that HP might be interested in licensing webOS to some select companies.

On top of all of that – it appears HP sees their webOS being used in appliance-makers to enterprise companies and even small-businesses. They (HP) even demoed the Touchpad controlling home appliances like lights, and blinds, etc. Question is though PPCG is this something that you would think is needed by HP/Palm webOS or should they stick to the basics, printers, phones, and mobile devices like tablets, netbooks? I personally bet that HP could make a great ecosystem, but I suspect fragmentation would happen if they spread out to far too quickly. Your thoughts let them be heard below!