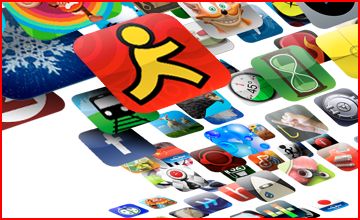 With no surprise, Apple leads the count with just shy of 160,000 applications at last count, while the aforementioned Android Market has 38,000. Claming a distant third in this size-only contest is Blackberry’s App World, which has 6531. Symbian is fourth with just over 3400 apps while following behind in fifth is the Palm App Catalog with 2169 applications. Falling dead last is Windows Marketplace For Mobile, with only 840 approved applications. For posterity sakes, the morbid Palm OS App Store has 2393 applications.

If the non-approved applications were to be included, my best estimate is that Apple would still be leading, with Android, Windows Mobile and Symbian vying for second place, and the rest of the field falling well back. It will be interesting to see if Apple can maintain this gargantuan lead as Android’s growth has been absolutely torrid. Also, will the paltry number of 840 increase to several thousand with the looming Windows Phone 7 launch later this year? Only time will tell!

Please note that for the Microsoft, Blackberry and Palm OS figures, I used a calculator to add up the total as they each give a break down of how many applications are in each genre, but not the total amount of approved applications. Also, as these stats are not officially given by the various companies, they are what I have found to be the most reliable count.

Special thanks to Mr. X, Mikee4fun, and psycho_maniac for helping with this post. Image from thewebsquad.com.