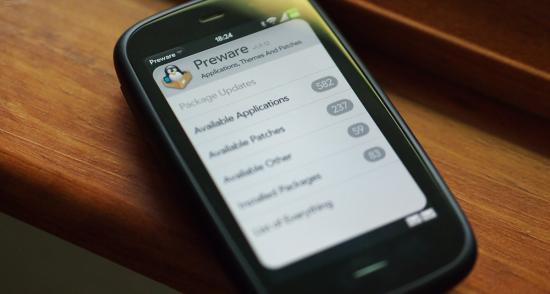 Are you one of the consumers still hanging on to that Palm Pre or WebOS device? If so, you may feel like helping the Internals out. They are currently taking donations throughout the next two days. These donations, during what they are calling “The 2012 Web-a-thon,” will be used to support their WebOS Internals with things such as development, testing and many other goodies related to their open source experiments.

Just last year the WebOS community did something very similar and raised a very large sum of $16,699.00. The donations were a great success and helped keep the Internals from having their members pay out of pocket for the tests and other costs they run into while further developing the operating system. If you aren’t sure who the Internals are or what I am referring to I’ll tell you. This group of people use their spare time helping WebOS grow and develop into what it is today. We can refer to them as the masterminds behind WebOS being super fast and functioning the way it does today.

You may be laughing now if you have moved on from WebOS but believe me, there are still users out there who love their devices. We have all seen WebOS struggle throughout the past few years but we also know that they have also performed miracles time and time again. If it weren’t for their users they may not still be here. Those users did not only raised $16,699.00 last year but they are already up to $4,000 so far this year. WebOS and its users are apparently still hanging on.

To make a donation, head over to the WebOS Internals site support page to . If you know someone who loves WebOS, please share the news with them. You never know who may be willing to help and every little bit counts so why not? Do you have a WebOS device? Were you one of the people who donated to their 2011 web-a-thon? If so we would like to know! If you aren’t a member here yet and just stumbled upon this article, join here to give your input.