Comments Off on Rumor: Next iPhone to Have 4-Inch Display
November 28, 2011 Devices, Rumors 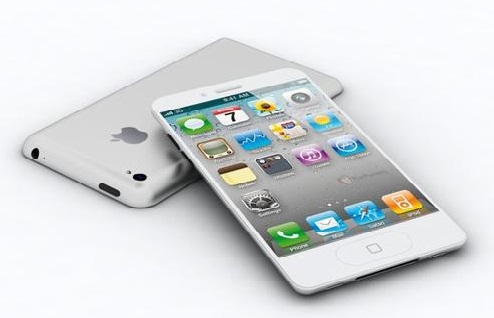 Back in October of this year Apple released the iPhone 4S, which too many was a letdown. The media had hyped up the rumored iPhone 5 which was thought to have had a 4 inch display, and much to our surprise Apple stuck with its traditional 3.5 inch display, while other Smartphone manufactures such as Apple’s rivalry Samsung,  are sporting a 4.3″ WVGA SUPER AMOLED Plus in their latest devices.

Now less that 2 months after its realse a new set of rumors are floating on the boards today. Hitachi Displays, Ltd. and Sony Mobile Display Corp. have reportedly already begun shipping 4-inch displays for the next iPhone and also displays for the iPad 3, slated for release next year, according to MacRumors.

According to Asian source, Hitachi Displays, Ltd. and Sony Mobile Display Corporation started to ship 4-inch LCD for new iOS device and LCD for iPad 3. These 2 companies will be merged their business with Toshiba Mobile Display Co., Ltd., as “Japan Display” in 2012 spring.

Let’s just say that we’ll need a little more in the way of evidence before we start pinning our hopes on the iPhone getting a larger display anytime soon. The report doesn’t specify which iOS device that the screens would be used for, but the most natural choice would be the next generation iPhone. Apple has been said to be exploring the use of a 4″ display for their upcoming iPhone. iLounge previously indicated that the 2012 iPhone would use a 4″ display.