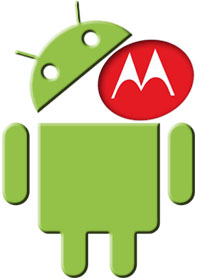 According to this article found at Computerworld, it looks like Motorola has been purchased by Google!! What will this mean for Windows Phone 7? Nothing good, that is for sure!! Not only does it add a powerful developing market to Android but it isn’t likely we will see any Windows devices coming from Motorola either.

Motorola has been viewed as one of Microsoft’s saviors in the Window Phone 7’s development area and this could be a huge hit to Microsoft. With Motorola out of the loop (at least partially if not totally) Nokia will be the big developer for Windows Phone 7. Some experts are forecasting Android and iOS to be the long-term survivors while  Windows Phone, Blackberry, and HP’s WebOS will fade away eventually. Before this it was optomistic Windows Phone would survive as well, but it will be an even tougher road now. (a great write-up can be found here)

Now….it is important to remember that it isn’t finalized yet and Google is not looking to create a ‘Google-made’ device like the iPhone. They want to run Motorola as a company unto itself, incorporating Android into a lot of devices but not having one corporation take over the other. (more details here)

What do you guys think? Will this create a powerhouse Android world that will threaten even the i-world? What will become of Windows Phone? Will it survive?