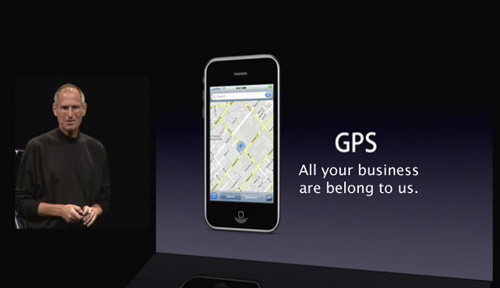 Apparently the newer Apple iOS versions have built in to them location tracking.  This basically records latitude and longitude and a timestamp and isn’t even encrypted so it would not be very hard to access it.

Take a look at this ABC News article and others floating around the web, and it looks to be a pretty bid deal right now.  This is actually pretty weird because the data doesn’t seem to be sent anywhere.  It’s as if they are saving this feature for a future version or to “activate” it or something, but it’s still a little creepy.

Personally I would be uncomfortable with this on my iPhone, but what a lot of these articles won’t tell you is that there is a brand new solution to handle this.

Your phone does have to be jailbroken (take a look at our iPhone forums on jailbreaking ANY iOS version except the iPad2 for right now).

Simply go to Cydia and search for and install the app called Untrackerd, this will prevent your iPhone from being tracked by clearing out the secret database file that records this information so it does not get stored anywhere on your phone!