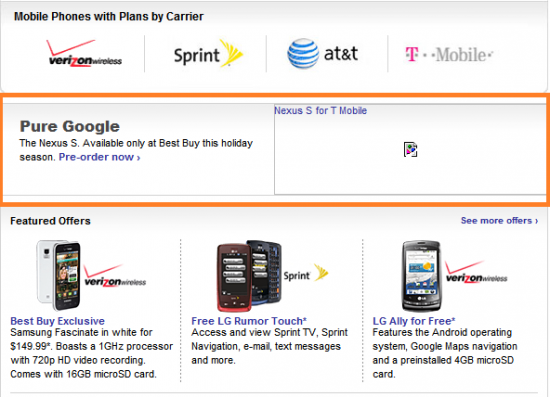 We’ve seen the rumors of the Google Nexus Two, supposedly made by Samsung this time instead of T-Mobile. Earlier this morning, a Google Nexus S appeared on Best Buy’s website saying it would be available this holiday season on T-Mobile. You’ll see a broken image and the pre-order link was dead, but it still made a brief appearance before Best Buy took it down.

There was also a Google Cache link floating around, but it seems to have disappeared from there as well.