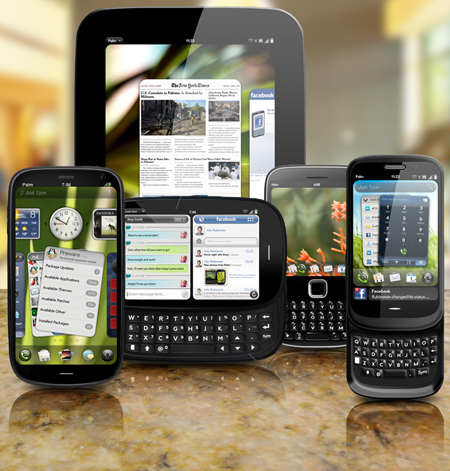 With the mildly-tweaked Palm Pre 2 leaving a less than pleasant taste in our collective mouths, the news that there are 5-6 new devices in the pipeline for 2011 is like a blast of cool, refreshing seltzer to the face. According to CENS, Palm has inked contracts with Foxconn, who will provide four to five new devices, and Compal, who will provide one further device, in the coming year. Among the line-up is the Foxconn-made PalmPad WebOS tablet.

The identity of each device is unknown at this stage, but all will run WebOS. Barring the PalmPad, the assumption is that they will all be smartphones of some design, with slider and QWERTY candy bars – like the current Pre and Pixi models – probably featuring, and hopefully something larger to take on big-screen rivals like the HTC Desire HD.

Is this what WebOS needs to make a comeback? HP’s intention is to invest several dollars into making Palm successful and this is a great start. Releasing 6 new devices at once could really increase their revenue. 2011 sure is shaping up to be another great year in the smartphone world with Windows Phone 7 devices coming out strong, and now more WebOS devices coming into the playing field.