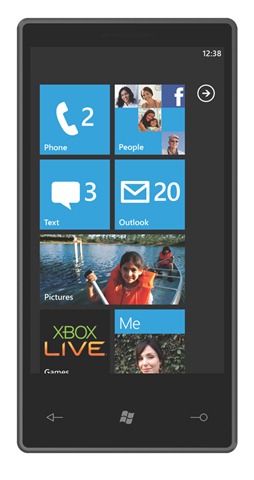 PPCGeeks has been informed of several new Windows Phone 7 reviews taking place over the internet. These reviews are in great detail as far as functionality and overall performance. These aren’t like the reviews we previously shared on WP7’s success so don’t worry. Hopefully the doubts on WP7’s success will be thrown out the window with these fantastic reviews. We will try to keep our article short and sweet because we know most of you don’t like to read a book.

Over the past few years Microsoft Windows Mobile devices seem to have noticeably paused in production since newer platforms such as Android and IPhone have become more popular. Several consumers were worried that Windows was close to “retiring” from the mobile world. These thoughts suddenly changed when Microsoft announced their new platform, WP7. This new platform would be their way of starting fresh and creating a whole new look and feel for Windows.

There are several reasons why Windows Phone 7 will be a great platform. Microsoft is one of the most popular PC companies in the world and with WP7 they are working on the next generation of mobile devices. This platform is potentially the largest shift in mobile operating systems since the launch of the iPhone and Android. It’s a very different kind of Microsoft product that will hopefully be the beginning of something truly great.

WHAT OTHERS ARE SAYING ABOUT WP7:

Should you buy this instead of an iPhone or Android phone? In six months, after the ecosystem has filled out, the answer will be more clear. Considering where Microsoft was just a year ago they have made great progress and hopefully WP7 is going to be their answer to a better future. Let us hear your thoughts!