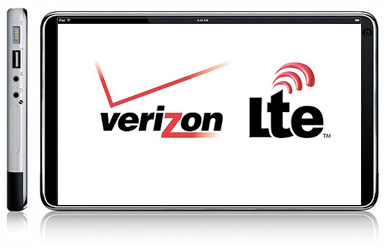 Update:Lowell McAdam, president and COO of Verizon Wireless confirmed at CTIA yesterday that Verizon is not only going to soon roll out the new LTE platform but also that they are releasing it in 38 markets instead of 30 as previously mentioned.  Reporters state that the 38 markets for the initial round of 4G LTE services should first include New York, Los Angeles, Chicago, Seattle, Miami, Atlanta, Las Vegas and large sections of the Northeast areas. McAdam also confirmed that during CES in January of 2011 Verizon will show half-a-dozen smartphones and tablets that will be available in the first half of the year.

Verizon Wireless customers have been waiting to hear when the official launch of their 4G, LTE based network is going to happen. Some of us have been waiting so long we are starting to get anxious.  Finally, the time is near and according to Slashgear, Verizon is going to discuss in more detail their current plans to roll out 4G at the CTIA convention tomorrow.

Rumor has it that Verizon’s Revolutionary LTE network, competing with Sprint’s already released WiMAX network, will be a all-in-one release, involving more than thirty markets, as opposed to Sprint’s market-at-a-time model. This release would then provide LTE coverage for 100 million people or more in those areas. You may question why or how is this 30+ market release going to be possible? Verizon will hopefully have your answers tomorrow and you will have a better understanding of how they plan to make it happen.

BACKGROUND:
Verizon Wireless expects to commercially launch its LTE 4G network in up to 30 markets in 2010, covering 100 million people. To view a video about Verizon Wireless’ 4G network, visit http://bit.ly/vzw4g. For more information about 4G from Verizon Wireless, visit www.verizonwireless.com/lte.