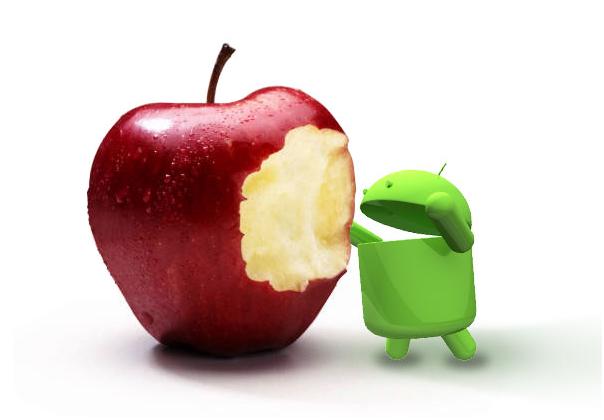 Google’s efforts to market the Android OS platform to software developers appears to be working.  A strong open source community combined with developer events and free developer phones have lead to droves of applications popping up in the official android marketplace.  It’s no wonder Steve Jobs and Apple have recently been in the news seemingly trying to hurt Android in any way they can.  Patent Lawsuits against HTC which target their Android phones; changes to the iPhone App Store policy that specifically block the porting of apps to and from their platform; and Steve Job’s public statements that Android is for porn, even though the iPhone is just as capable of browsing the red light district of the the interwebs.

In the last few days Adobe announced that they’ve stopped working on iPhone software and have now focused on the Android platform.  Beta testing for Adobe Air has been very positive with some developers at the Adobe Air blog saying that they’ve ported software over to Android in as little as ten minutes.  This is huge news as there are literally hundreds of thousands of existing applications that could potentially be ported to the Android from Flash.  The reasons for Apple’s stance on Flash have been eluded to on many blogs and news sites: in short Apple has locked down their app store by only approving apps built using their proprietory development tools.  Also, Steve Jobs has no qualms with publicly bashing the Adobe Flash software as non-secure and unstable.

To further the anticipation about the Android Market, the recently leaked snapshots of the next Android release “Froyo” show some much needed enhancements to the Marketplace interface.  Hopefully this is just the tip of the iceberg because as the Marketplace grows, it’s becoming harder and harder to browse for applications.  The screen shots show a new option to “update application automatically” which resolves a common gripe for many Android users.  The next step is for Google to capitalize on it’s core strength and make searching and navigating the Marketplace easier.

When you take into account the developer focused environment built by Google, the anticipated volume of flash applications about to be ported, upcoming improvements to the Marketplace in the next generation of Android’s OS, and Androlib.com statistics showing huge growth, even conservative estimates show that the Android Marketplace will surpass the number of applications of the Apple App Store by this time next year.  These are exciting times for Android fans.