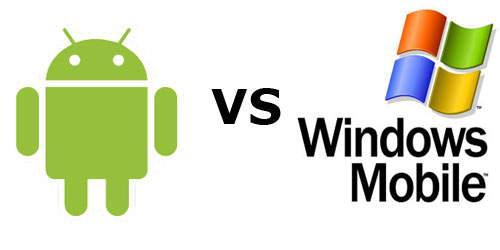 I’ve been a Windows Mobile user since 2006, with my first smartphone being the Palm Treo 700wx on Sprint. From there, I moved onto the Sprint Touch (aka HTC Vogue), which made the move from a front-facing keyboard to a full touchscreen device. The form factor was thin, about the same size as the then-popular Motorola RAZR. While I never owned a Diamond, I’ve used one to flash ROMs and troubleshoot issues. As most of you know, it was another full touchscreen and had built-in storage (4Gb). After that, I moved from Sprint to At&t and I bought the At&t Tilt from a staff member here. It was my first smartphone with a sliding keyboard. Shortly after that, I bought the At&t Fuze (HTC Touch Pro) as soon as it was released. I know this was a very popular phone on this site (at least the CDMA version), so I don’t need to explain its specs. Over the years, I have flashed many different ROMs, have done a large about of troubleshooting different issues, and feel that I have a good working knowledge of Windows Mobile. I’ve never cooked my own ROM since there has always been good ones out there that I liked.

Ever since Android came out, I’ve been wanting to try a device with it. I did the Android 2.0 port to my Fuze, but at the time it wasn’t very refined and not everything was working. Of course, At&t was one of the last carriers to get an Android device, probably because of their exclusive deal with Apple for the iPhone. I was jealous of T-Mobile users once the Nexus One was released, I even thought about buying it even though I knew it wouldn’t work with At&t 3G. Last week, Google released an At&t 3G-compatible version of the Nexus One (with no previous announcement other than a FCC approval), and of course, I was all over it.

After having it for a week now, I must say that I’m very impressed. For such a young OS, it feels much more responsive than Windows Mobile. Of course the hardware is a lot better than the Touch Pro, and I’ve never used a HD2 to compare it to another Snapdragon phone. If I had to compare it, I think Android is a cross between Windows Mobile, Blackberry, and the iPhone. It is very finger-friendly and doesn’t come with any sort of stylus. The screen is brilliant with AMOLED and is very bright. It has a thin form factor, which I’ve always loved.

Android 2.1 comes with 5 homescreens, which you can customize with shortcuts or widgets. For shortcuts, the layout is similar to the iPhone, with an icon and short description. The app menu is similar to all over smartphones, with 4 columns and the ability to flick-scroll through pages. You can do shortcuts to contacts for quick dialing or messaging. Widgets can be live, downloading information from the internet, or offline, with different parts of apps. You can drag things around to organize them however you want. The notification panel works quite well. You drag the titlebar down to see all of your notifications. If you’re in an app and you get a text message, it will scroll through it in the title bar. I haven’t found much use for the trackball yet, but I’m sure some people like it. It also serves as your LED notification light.

Battery life for me has been about the same as Windows Mobile phones, which usually gets me through the day, but not much past that, especially with heavy data usage. The touchscreen work similar to Windows Mobile devices too, which allows for kinetic scrolling. It also features mutlitouch, which most Windows Mobile phones don’t have yet. I know there are lots of people on this site that say they “must have” a hardware keyboard. I thought I was one of those people too, but I can actually type about the same speed with the Nexus One’s onscreen keyboard as I could with my Touch Pro’s hardware one. I suggest trying Better Keyboard over the stock one though. Both platforms also offer a new app called Swype, which is gaining popularity fast.

Another thing to remember with Windows Mobile is that TouchFlo3D (aka Manila) is a HTC add-on. While it improves the user experience greatly, its not actually a part of Windows Mobile from Microsoft. With Windows Mobile 6.5, if you don’t use TF3D, then you can use Microsoft’s Titanium interface, which is similar to their Zune homescreen. Some people like it, but most prefer TF3D.

One thing Windows Mobile has over Android is its Microsoft Exchange support. With Android, you can only sync 1 month worth of emails, which is a big disappointment. You can sync your calendar (which probably requires an additional install) and your contacts. There’s no support for syncing notes or tasks. There are third party apps that gives you much more flexibility with Exchange though, but they’re not free.

The Android Market is a lot better than the Windows Marketplace. There are a few developers that take advantage of the system, but for the most part, there are quality apps in both. Gaming is another story. Windows Mobile has always been marketed for the business user, so there were never many game developers for WM. I know as a WM user, I was jealous of all the 3D iPhone games that I saw on the commercials. Now, I can finally say that I have a phone that has some good quality games. There are smooth racing games and first person shooters. There are quite a few free ones, but even the ones you have to buy are cheap, usually less than $5.

Just like Windows Mobile, you can unlock the phone and flash custom ROMs. Most of these offer HighMem support, giving you access to more RAM than the stock ROM. Some of them let you put HTC’s SenseUI on the Nexus One, and some just offer other improvements. The unlocking procedure is easy once you download the correct drivers. The flashing process is also easy once you do it a few times. The ROM I use even has an app in the Market that will check for updates and can install them by itself. The other benefit of this is if you’re updating the same ROM, you won’t lose your data! With Windows Mobile you basically wiped everything from the device and had to reinstall or use a customization script. With Android, an update will keep your apps and settings. If you move to another ROM you will have to perform a wipe though.

In the mean time, Android is on a record pace. In different forums around the internet, I’ve read where lots of people have given up their iPhone for the Nexus One, which is saying a lot. CNet recently said the Nexus One was the best smartphone for March 2010, with the iPhone 3Gs in 2nd place. More and more people seem to be moving to Android, and I can’t say that I blame them. For a young OS, its very fast and stable and has a lot to offer. As people move away from Windows Mobile 6.5, I believe most will either stick with Microsoft and use Windows Phone 7, and others will jump to Android. There’s not much hate between the two platforms.

With the announcement of Sprint’s HTC Evo 4G (aka Supersonic), and the rumored HTC Incredible coming to Verizon, I think even more people will make the jump to Android, especially since neither carrier has the HTC HD2. Many people already upgraded to the Touch Pro2, but its specs are weak compared to the HD2, and especially compared to the Evo.

I will probably give Windows Phone 7 a chance, but as of now, I’m the happy new owner of the HTC Google Nexus One and I’m not looking back.

Time for some feedback. Have you made the jump from Windows Mobile to Android? What has been your experience?