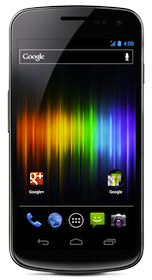 It’s been what seems like an eternity since Google stopped selling the Nexus One directly through google.com. Google struggled with support and logistics involved with selling a consumer electronic, and shelved the concept, instead offering its next Nexus device, the Nexus S, through retail partners. In a surprise move today, the search giant has resumed selling devices directly, this time with the Galaxy Nexus GSM/UMTS unlocked model.

What’s In The Box

You can purchase the Galaxy Nexus directly from Google Play.