Comments Off on Droid Incredible 3 Coming to Verizon?
February 10, 2012 General 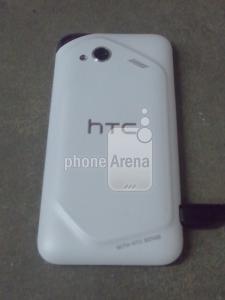 Following last week’s HTC Ville leakage, a new, unannounced HTC smartphone running Ice Cream Sandwich with Sense 4.0, and a Droid Incredible-style back panel has appeared online. The photos above (and a few more) have surfaced over on PhoneArena, suggesting that a 4G LTE-powered Droid Incredible 2 successor could be coming to big red in the future. While there’s no Verizon branding on the chassis (likely due to this being a prototype), that’s unmistakably the carrier’s 4G LTE logo in the first image.

Additional images show a device running Android 4.0.1 Ice Cream Sandwich alongside HTC Sense 4.0 — the same updated Sense experience that we previously seen in the Ville leaks. Hardware-wise, HTC’s mystery slab is powered by a 1.2GHz dual-core CPU with 1GB of RAM. There’s a 8MP shooter on the back, as well as a VGA front-facer, and the screen is apparently an AMOLED offering rather than SLCD, which was used in many 2011 HTC products.

All in all, it looks like we’ve got ourselves a CDMA/LTE counterpart to the HTC Ville, which we’ll likely see at MWC in a couple of weeks. We’re not expecting to see any Verizon-specific stuff in Spain, but if we had to guess, we’d say this thing is a likely candidate for an unveiling at CTIA next month.

In my opinion we did not need another “incredible” phone as i think the htc rezound was meant to be the dinc3. It also makes no sense to me to launch another phone similar to the rezound only now it will have ice cream at launch. What htc should of done was wait and launch the htc rezound with 4.0 and also allow the dinc2 to get an ice cream sandwich “official” update.

Thanks to both android central and phone arena for the breaking news tip! 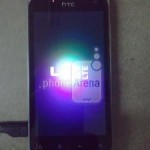 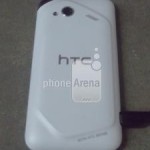