No NFC on Your Phone? How about a NFC SDCard + Storage?? 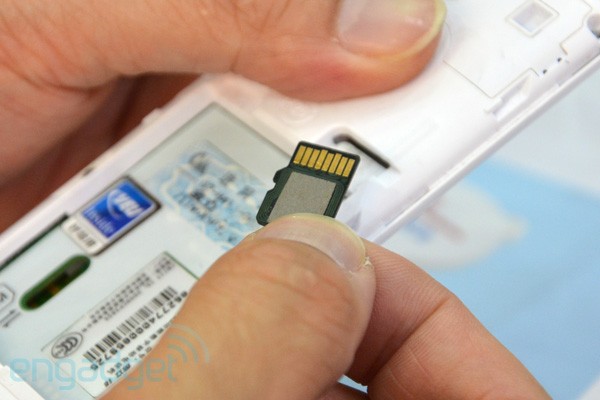 Yes you heard me correct…Those of use that don’t have NFC built into their devices like the new Google Nexus S we may have an option for using that Google Wallet afterall. It seems that a Chinese company called Netcom (no relations to Norwegian carrier with the same name) has put together this nice little device. It is a mirosd card + NFC chip.

Now before we get our hopes up let me remind you that 1. this is not released yet, and it has a few tricks that you have to over come. First trick is that the phones back cover can not have any metal in it. Second the microsd card holder (the slot) must not be made of metal. The reason behind that is because the NFC part of the storage device has very tiny antennas and metal interferes with the signal. Also your phone must have a special app running in the background to communicate with the NFC chip.

Even with all of this tricks to make it work, I would love to see one and try it out. It is still cool to think about in my books…Kind of reminds me of the EyeFi card (combines Wi-Fi and storage) that was release some time ago. What do you think PPCGeeks, is this little thing going to be a good thing? Are you willing to try it – assuming it comes to market and is priced right? How important is that NFC ability/Google Wallet to you? You tell me below!