Warning: Certain Android Steamy Window Applications may cause a virus 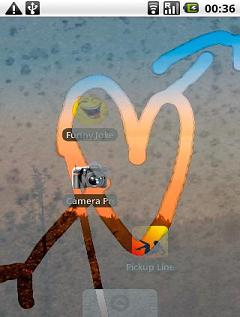 You may have heard the recent complaints on the increase of virus attacks with smartphones, particularly Android devices. Seeing that phones are so popular, it was only a matter of time before attackers transferred their hobby of issuing viruses from computers to smartphones. Now they are really spreading and causing problems way beyond what some could even imagine.

Symantec recently discovered that a modified version of the funny Steamy Window application, reportedly found on an unofficial 3rd-party app store, containing a virus that does very random things. This application requires access to your personal data, messages and the web. After it’s installed it starts adding bookmarks to your browser (most of them leading to other infected websites), installing applications and also sending text messages. You will have no knowledge of what’s even going on, well most of the time. Thankfully someone caught it!

It’s only safe that you always be aware of what you are downloading to your device. Make sure that you are always aware of the alerts that pop up and be sure to read them all. If something doesn’t look right, don’t download it. Also, if the application isn’t at least 3 stars make sure you read the reviews because those are always useful too. Last but not least, to stay safe, it’s always a good idea to install only applications from the official Google catalogue – Android Market. There you can find the safe version of Steamy Window that is created by Swiss Codemonkeys.