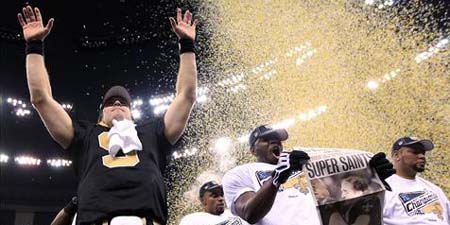 For the last few years, we’ve seen NFL Mobile available on most Sprint devices, as well as being the focal point of the Sunday Night Football intro video. Times are changing though. Sprint decided not to renew its contract with the NFL to bring exclusive content to its handsets. A Sprint representative has told PhoneScoop that it didn’t renew the contract because they felt they weren’t getting a good return on their investment. Now its Verizon’s turn!

In a deal that’s reportedly worth $720 million over four years, Verizon Wireless subscribers will now be able to watch live games on Thursday and Sunday nights, as well as 24/7 content from NFL Network. You will also get access to the RedZone channel.

“For Verizon Wireless, it is NFL content delivered over our 3G network so football fans can extend the excitement of the sport long after the last touchdown of a season,” said John Stratton, Verizon’s executive VP, in a prepared statement. “And the NFL content is customizable in that consumers have options from video to ringtones to alerts; the choice is theirs.”

The service is expected to go live before the draft in April, and it will offer live coverage. There’s been no official word on which devices it will be compatible with or what pricing you can expect.